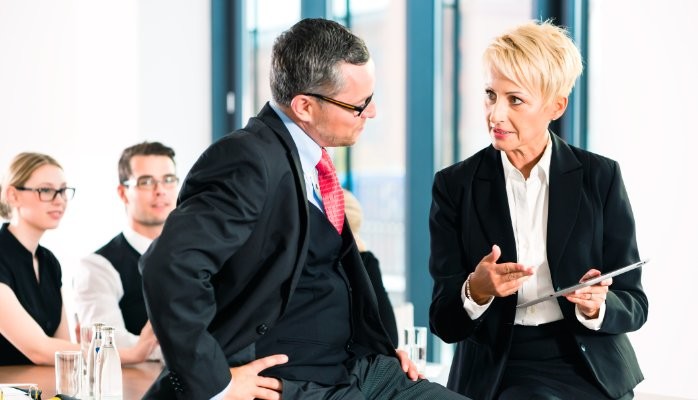 How else can I learn and grow if not from people with different perspectives, who are eager to share their views and engage into a fierce dialogue on equal terms, with passion, curiosity and courage?

Well, of course I also read a lot, reflect, listen to TED talks, and actively observe everything around me. Yet, I find that learning from an open dialogue with other people is often more productive and fun than any other forms of learning; and even more so, when we happen to disagree.

I am not referring to those situations when disagreement degenerates into conflict and ego fights; those are not much fun.  I am talking about what Harvard professor Linda Hill (“Collective Genius”) indicates as a key element of innovation: “creative abrasion” a term originally coined within NDI to indicate positive friction, as in “ideas that really rub against each other productively, as opposed to destructively”.

I do realise that many of us instinctively associate disagreements with conflict, and that words like abrasion might make our level of anxiety jump.  Even if we are usually able to overcome our first instinct (on further reasoning, we surely recognise that a disagreement is simply a difference of opinion, not a real threat,  potentially an interesting and intriguing perspective), on the emotional level we often continue to experience a mild level of preoccupation.  Why?  A concise answer can be: “because of our brain’s automatic defensive mechanism of alert, combined with our naturally lazy thought habits which follow the path of least resistance” (I recommend reading the brilliant “Thinking, Fast and Slow” by Nobel Laureate Daniel Kahneman)

The risk of following our instinctive preoccupation and treating a disagreement as a problem, however, is that we are likely to end up in a confrontation and ultimately in a real conflict.  Said in another way: if we apply Conflict Management and Conflict Resolution techniques to a disagreements, we are likely to miss the opportunity to open a more productive dialogue.

Based on two decades of study, observation, training, practice, and direct real-life experimentation, we believe that to engage in Productive Disagreements we need to learn and practice four Attitude Shifts:

1. Shift of Intention:  In a situation of disagreement we may be tempted to focus on “convincing the other person”, hence quickly creating a confrontation. To lead an open and productive dialogue we need to shift gear and rather focus on our own motivation and intention. For example, if a colleague changes the settings of the office air-co, we may instinctively want to “correct” the colleague and try to convince him to change back, e.g. in the name of health and environmental considerations, historic factors (it has always been like this) and/or powerful alliances (as heard on CNN or as published by Time); whereas all we really honestly mean to say is “I feel  uncomfortable, I am sweating and still get a draft on my neck, how about you, can we talk about it?”. In an open and productive dialogue we must state our position as one of the possible alternatives, then go about investigating all options, being as skeptical and inquisitive about our own reasoning as we would normally be about the other person´s reasoning.  This attitude shift also means: “it all starts with me”; I have no control over changing others, all I can do is change myself, be honest, transparent, intentional and open to challenge my own assumptions;  and when I change myself, chances are that others might be forced to change as well, by example or default.

2. Shift of Focus: When we are anxious – as we often are when faced with   disagreements – we can easily become self-conscious (obsessed with the thought of the self, hence defensive, judgmental and negative).  Yet, it is easy to learn to shift from self-consciousness to simple self-awareness (not taking ourselves too seriously, confidently positive and curious). A classical sign of self-consciousness is the frequent use of the word “but” and a poor sense of humour, especially about the self; the opposite, e.g. wearing a smile, some self-humour and a genuine display of enjoying the dialogue, are contagious ingredients able to  unleash positive energy, create the zest of curiosity and fun, and ignite creativity. Using “Yes AND” in stead of “Yes BUT” is not a trick to manipulate others, as much as it is a tool to make the shift in our head.  And let’s not forget that  most ego-fights are initiated and sustained by people who are stuck into being self-conscious and not at all aware of it; they are not having much fun with it, so why not show them how? (see point 1 above; by changing ourselves, we have the best shot at influencing others as well, by default)

3. Shift of Concern: specifically, from over-protecting to trusting.  This is probably the most tricky shift of all. In a situation of disagreement we may put all our best efforts into “playing it nice” to maintain harmony (and stash quo) or to sweeten the pill when we try to manipulate and convince; by doing so we may be oblivious to the fact that we might actually act condescending or devious. Instead, when we respect and trust others, we can be blunt and  tough and not afraid of engaging into fiercely heated discussions, stimulated by the eagerness to learn more.  As long as the focus is not on the ego (see point 2 above), the discussion will remain  productive.

4. Shift of Assumptions: from self-righteous to fearless. We are not the first generation to struggle with the dilemma between skepticism (Hume) or rationality (Kant), but we are the first generation to have scientific indication that our brain is judgmental and what we think to be rational proof of truth is but a post-construction of reasoning, to support an initial intuition and an instinctive judgement.  As Maria Konnikova imaginatively describes in her book “Mastermind”, it is like if our brain had a Mr. Watson, drawing quick conclusions from facts (looking only for evidence that supports the initial hypothesis), and a Sherlock Holmes, taking nothing for granted and examining every conceivable hypothesis, eventually reaching the surprisingly revealing solution.  We can and must train the Sherlock Holmes in our head and learn the courage to fearlessly challenge our own assumptions as well as others´assumptions, being mindfully observational and throughly inquisitive. It helps to join forces with the disagreeing party, and to use a “we” rather than a “you and I”; as in “we have a challenge: specifically that you and I have made different assumptions; and we thus need to critically reassess these assumptions in order to gain more understanding and clarity”.   For more on this subject I also recommend reading Jonathan Haidt’s “The Righteous Mind”

As often the case, the basic rules are practically simple, but not conceptual obvious, practicing is hard and time consuming, and yet the rewards come fast  and with exponential intensity.  If you wish to dialogue more about “Fierce, Fun, Fearless, and Productive Disagreements”, please do not hesitate to contact us, we will be glad to hear from you yo continue to learn and grow together.

Laura Lozza is co-founder and CEO of GROOA, a European Partnership of Coaching Consultants, which specialises in Dealing with Change, Disagreements and Diversity. A former P&G and NorskHydro/Yara top executive, an IMD graduate and a professional certified coach, Laura has also authored the ebook “The 7 Qualities of Brilliant Executive Coaching” (bookboon.com)

To Book your slot, please go to www@grooa.com

or send an email to info@grooa.com