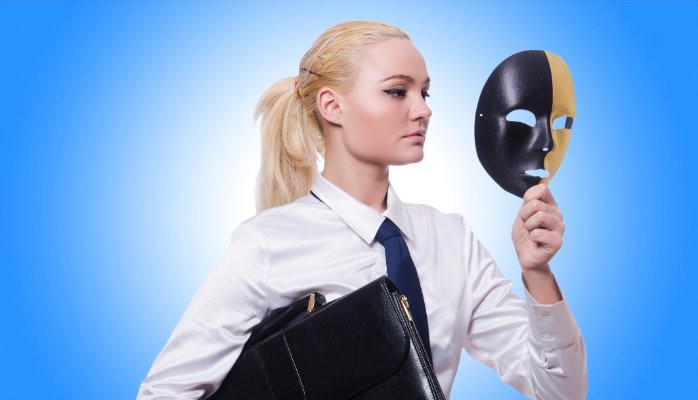 Gerda has just been promoted Head of Global Customer Service, replacing Miguel, who is leaving the Company. Gerda’s new team includes Service Manager Katrina. It is Performance Ratings time, and Miguel has rated Katrina “below expectations”, but has left before communicating the reasons for his decision to her. Gerda needs to take over the discussion and although she does not share Miguel’s conclusion, she chooses to endorse it, only to be shocked and hurt by Katrina’s excessively negative reaction.

Gerda is flabbergasted: she has tried her very best to be professional and to honour her loyalty to “the company and its management”, she has spoken to Katrina in what she thinks has been a most professional way, and now Katrina is suddenly resentful and angry with her. Gerda feels that Katrina’s resentment is totally unjustified.

What turned Katrina against Gerda?

Before leaving, Miguel had informed Katrina of his decision regarding her rating and Katrina had not appeared to be overly concerned. She certainly did not show any signs of resentment towards Miguel. She was not pleased, but her demeanor continued to be as diligent and professional as ever. Gerda was relieved to notice this.

Before Performance Review Day, Gerda makes sure to call Miguel and to gather his inputs, in order to prepare her discussion with Katrina. Miguel is unable to provide specific and factual examples to support his position, and Gerda does not consider the few “infractions” mentioned by Miguel to be a sufficient reason for a “below expectations” ratings; in spite of this, and although Gerda knows Katrina as a diligent and competent former peer level colleague, she decides to endorse Miguel’s position. Katrina’s reaction is first of surprise and then of denial. Gerda insists and tries to convince her to accept Miguel’s reasons and to start to work on a development plan to correct her supposed weaknesses. Katrina turns furious and leaves the meeting. After that, she makes herself unavailable and acts as if she has been hurt or offended.

When I meet Gerda, a day after the meeting with Katrina, she is not her usual self; she is confused and wonders where she has failed; she goes over and over her discussion with Katrina, looking for how she could have possibly been clearer and more convincing; how else could she have managed to get Katrina to understand and accept the management’s position?” she asks me.

I let her vent for a while and then I try to recap for her: “So, Gerda, you are telling me that you did not believe that Miguel had sufficient reasons to support his rating of Katrina and that, solely based on what Miguel told you, you would have not drawn the same conclusions regarding the rating, right? “ Gerda nods in assent “Then you tell me that in your view, the business results being there, you did not fully understand Miguel’s position, right?” another nod “Further, you have not tried to ask Katrina what she makes of Miguel’s rating, as she might have additional insights that you are not aware of and that Miguel has not been able to properly relate back to you, is that so?” Gerda has a sudden reaction of surprise, she had not thought of asking Katrina. “OK, I continue, you then say that nevertheless you tried to convince Katrina of something that you were not convinced of yourself, i.e. that Miguel’s reasons were sound and sufficient; and now you are telling me that you are surprised that she was not convinced; is it really that surprising?” The hesitation in Gerda’s eyes tells me that she starts to “get it”.

I have been told before that I am a tough coach, but sometimes I really think that my job is to hold a mirror in front of my clients and make them really look into it, in their own best interest.

Gerda did “get it” and actually started to laugh at herself. She went back to Katrina and corrected her position, clarifying that she was simply reporting information gathered by Miguel, courageously declaring that she herself had not observed any major faults, putting responsibility onto Katrina to draw her own conclusions and learnings from the past experience, yet encouraging her to look ahead, offering to work together to overcome the impasse, and sharing her hope that they could start a collaboration based on openness and trust.  (Needless to say, Katrina’s reaction was more collaborative and Gerda managed to regain her engagement.)

In a nutshell, as soon as Greta became AWARE of the trap in which she had fallen, she managed to remove the “authority” mask that she felt she “had to wear” and managed to find back her own AUTHENTICITY. She stopped trying to “speak and explain on behalf of the company” (which did not serve either the relationship or the business) and started to “speak on behalf of herself”. She moved out of the MISPLACED LOYALTY TRAP.

As simple as this may sound, this is actually a major breakthrough. Managers in today’s complex organisations often have to juggle a number or responsibilities and feel squeezed between multiple pressures. They may evaluate the pros and cons of delicate situations without finding a fully satisfactory solution, thus resorting to “telling it as they think it should be told” and insisting to explain the unexplainable, because the alternative feels a bit too daring: “telling it like it is” is not a task for the faint of heart. And yet, it is the only path that elevates relationships to respectful mutual accountability.

We can all be Gerda at times, in the complex corporate world. We may have the best intentions, but still tell the very small lies of misplaced loyalty. But as long as we are willing to talk about it and laugh about it and learn from it, we can all overcome the impasse.

Do you experience anything similar in your workplace? We would love to hear from you about your experiences!

(you can register by clicking the link below)