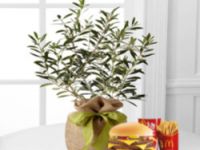 As a young real estate lawyer, I almost tanked my first important deal, until my senior colleague said something that resolved the issue and taught me the best negotiating lesson of my life.
This was the experience recently shared with me by a McDonald manager who agreed to let me use his story. I will call him Martin.

What was the trick that turned a potential clash into a positive outcome?

It is a rather gloomy day, but Martin is as beaming and energetic as usual. Nothing ever seems to affect his upbeat mood: He appears equally capable of channeling his energy outwards, enthusiastically engaging in business tasks and relationships, as well as inwards, courageously exploring and reaching great depth of self-reflection. Yet, he acknowledges that there are times when he finds it hard to be fully present, open, influential, and really “at his best”.

This is the specific aim of today’s session: To identify the triggers that can at times prevent him from being at his best. Martin is welcoming the exercise; he is eager to explore and curious to discover new tools about what to do in such situations. So we coach around what happens when he “gets into his head”, in those situations when he feels uneasy or dissatisfied and he looses contact with the outside. This is something that happens to all of us and the trigger is usually something that touches one of our important values.

Martin acknowledges that this happens and wants to understand more about his triggers. He brings up an example.

It was one of the very first contracts that he needed to finalize on behalf of his new employer McDonald. The contract covered the purchase of a lot that had recently acquired more value; thanks to a nearby commercial development it had become an ideal site for the opening of a new restaurant. The seller, initially reluctant to part from his lot, had demanded and obtained a high price. As Martin faces the seller, he cannot help but think of the great fortune of the guy, who appears to be about to make a large profit. He is so impressed by the steep value increase of the land and so focused on his own responsibility with such an important contract, that he is totally absorbed in checking the last details of the agreement and forgets to stay present while the other meeting participants continue to dialogue. Suddenly he becomes aware of what the seller is saying: he is talking about some olive trees that are still standing in the lot, how precious and beautiful they are and how they will need to be carefully removed without damaging them in order to replant them elsewhere.

Still absorbed in his own thoughts, Martin makes an assumption: the seller is probably trying to push it, to renegotiate, to get more money. He feels provoked and gets defensive: he knows that he has worked very hard to finalize the biggest contract of his career and is not willing to add or change anything any more. He becomes judgmental and angry; his head spins with many questions: will this negotiation never end? How dare this guy want more? Hasn’t he gotten enough? So he sets to forcefully argue, pushing back any mention of the trees, until his senior colleague, the Franchising Attorney, steps in with a light comment and a smile: “Well, Martin, they are just olive trees, let’s hear what our friend suggests ” and invites the seller to say more. To Martin’s surprise, the seller is offering to take care of the trees himself; he simply asks to have two extra days in order to arrange to remove the trees at his expense during the following weekend. The trees have an affectionate value for him: they were planted by his sons and he wants to make sure that his kids are present to the removal and replanting operation.

So Martin realizes that in his eagerness to honor his responsibility, he has gone too far, straight into “his head” and has become defensive, thus exaggerating the threat of delay. He has actually totally misunderstood the intentions of the seller, who is not asking for more money, actually the opposite, he offers to carry the costs of removal.

In the case story, the comment by the senior colleague helped Martin get out of his head and back into listening. His immediate learning was the awareness of the risk to get into his head and a reminder to stay open to listen.

As we coach around it, Martin also learns that our brain in naturally programmed to imagine the worst-case scenario as a way to protect ourselves. The more important something is to us, the more defensive we might get. This realization helps him remember to challenge his assumptions and to bring a smile to his mind, as an antidote to the rumination and escalation of concerns.

Clearing our head of assumptions is one of the key steps of the C.L.E.A.R. Mindset™ Method for Handling Conflicts with Confidence and Ease.